Inclinator Company of California (ICOC) has been installing residential elevators, stairlifts, and dumbwaiters for almost 80 years. This is decades longer than any other company in California. In that time, ICOC has built, and continues to build a reputation second to none. ICOC is proud to offer the Stellar-Vator® residential elevator product line which is the successor to the discounted Otis At Home™ product. Having manufactured dumbwaiters since 1888, Matot respectively is the world’s leading manufacturer of dumbwaiters. Among Stairlifts, Bruno sets the standard for interior and exterior, straight and curved lifts. Inclinator is proud to have been recognized to represent these leaders and innovators of the elevator industry.

While ICOC has been known for decades as a leader in residential elevators, stairlifts, and dumbwaiters, we have added exciting new products we’d like to tell you about. 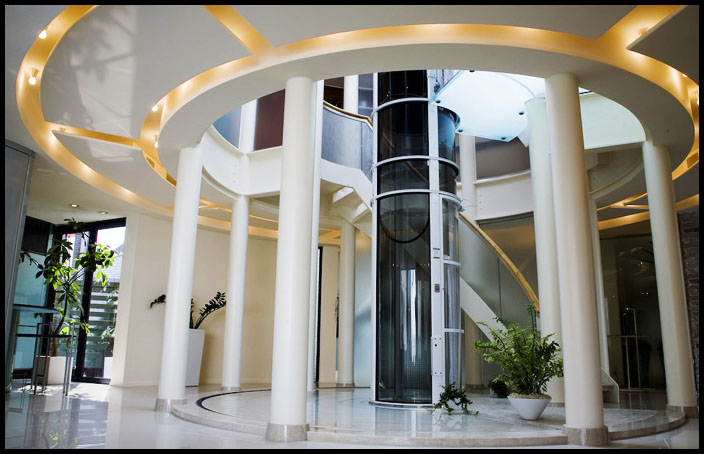 We are now distributors for PVE Vacuum Elevators. These revolutionary, American made elevators are powered by AIR! They are also stylish, and require less space and less construction than conventional residential elevators. There are three models to choose from ranging from a single to a three-passenger, wheelchair-accessible home elevator. They are capable of 35′ of travel, and require no shaft, pit, or machine room. They require almost no maintenance and since they use no hydraulic fluid or lubricants, they are the GREEN elevator solution.

The Inclinator Co. of California has a rich and storied history. Originally founded in 1931 by J.E. Dwan as Dwan Elevator, they were one of the original California Residential Elevator and Stairlift companies.

In 1957, Robert F. Opperman sarted working for Dwan Elevator in Los Angeles and in 1961 he purchased the company. At that time, the company became known as Inclinator Co. of California (ICOC), having received the permission of Paul Krum of Inclinator Co. of America based in Harrisburg, PA. Robert F. (Bob) Opperman initially had two partners in the business, but received their portions through their retirement.

Over the years, ICOC has installed over 8,000 residential elevators in southern California. They have done so for such celebrities as Elizabeth Taylor, Greer Garson, Mary Pickford and Douglas at Pickfair, Charles Laughton, Fred Astaire, and Frank Sinatra. In addition, they also installed 9 stairchairs in the Wrigley Estate at Adams & Figueroa in Los Angeles.

The heyday of ICOC was in the years from 1975 to 1980. At that time, they had 6 crews of installers and controlled 90% of the southern california residential elevator market.

In 2009, Robert F. Opperman retired and the assets of ICOC were purchased by Tom Shield of T.L. Shield & Associates, Inc. and ICOC became a division of T.L. Shield.